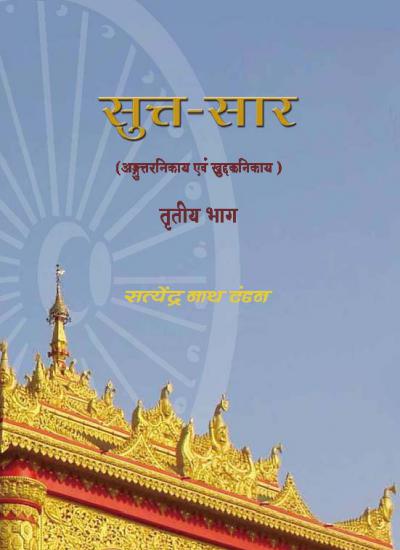 The priceless teachings of the Buddha are preserved in Tipitaka, an extensive, detailed, systematic and analytical record. The Tipiṭaka (which means, literally, "three baskets") is arranged in three divisions: Vinaya Piṭaka, Sutta Piṭaka, and Abhidhamma Piṭaka.

Sutta Piṭaka is a collection of discourses on various subjects which is apt for a householder. It is divided into the five separate collections known as 'nikāyas', which is further classified into 'Vagga'. VRI has published a series of three books on the summary of the suttas contained in Sutta Pitaka. Written by Mr. S. N. Tandon, a senior Vipassana teacher and an authority on Pali language, this series will provide a better understanding of each sutta.

Part 3 of this series contains suttas enshrined in Aṅguttara Nikāya, short suttas divided into 11 divisions known as 'nipātas', and Khuddaka Nikāya, which contains the largest number of treatises, including popular books like Dhammapada and Jataka (birth stories of Buddha in his previous existence).

This book is ideal for Vipassana meditators, non-meditators and research scholars interested in the Buddha’s teaching.