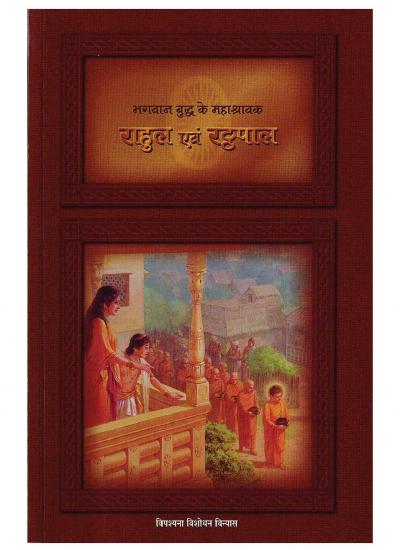 Siddhattha Gotama left his palace in the quest of enlightenment on the very same day when his son, Rahula was born. After enlightenment, when the Buddha visited his former kingdom, queen Yashodhara urged Rahula to ask his father for his legacy. The Buddha taught him the practice of Vipassana.

Born amidst all the luxuries of the world, Ratthapala was the only son of the guardian of the kingdom. After listening to a discourse by the Buddha, he decided to dedicate the rest of his life to the practice of Vipassana.

This book provides details about the life of Rahula and Ratthapala, their struggles in the practice of Vipassana, discourses given by the Buddha involving subtle aspects of the practice, their dedication and their contribution in the spread of Vipassana.