Dhamma is spreading in Mongolia. This east Asian country had its first 10-day Vipassana course in 1997. The course with 175 students was followed with another with 225 students. Those courses became the firm base for Dhamma to take root in the country. Now tapes for the 10-day course, the Satipatthana course, and 20-day course have been translated into the Mongolian language. Many old students had requested long courses, as they cannot come to India. So a 20-day course had been fixed for 1999. Mongolia (pop. 2 to 3 million) has a large Buddhist following.

The country has about 100 monasteries. History says the Buddha's teachings were brought here by some monks crossing the Himalayas from India, and some monks from Burma. The Tipitaka is available in the Mongolian language. Local legend it has is that the Buddha came to Mongolia and gave his teachings. Appropriately, India's ambassador in Mongolia is a monk, the Ven. Bhante Bakul. The Bhante has expressed his great happiness that Vipassana is now begun to spread in Mongolia. 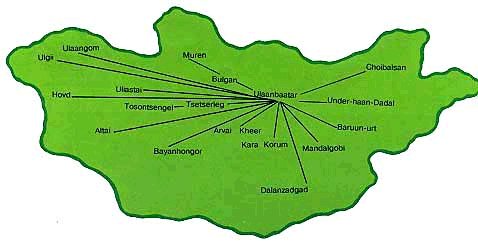