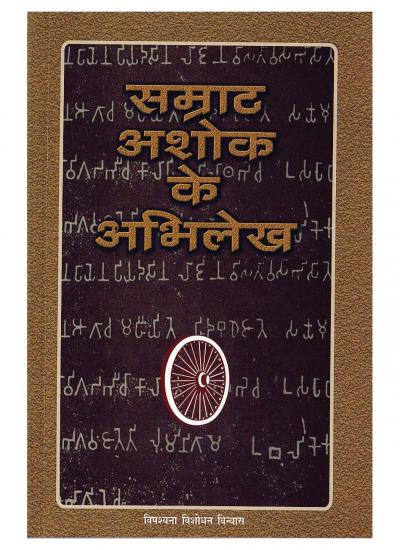 After witnessing the massive bloodshed he caused in Kalinga war, Emperor Asoka solemnly renounced the sword and followed the path shown by the Buddha. Practicing Vipassana, 'fierce Asoka' got transformed into 'Dhamma Asoka'. By imbibing the teachings of the Buddha, he developed a powerful and prosperous nation, where he took care of its citizens like his own children, respected all sects and religious faiths and instilled confidence in the neighboring countries for peace and concord.

The Edicts of Asoka are a collection of 42 inscriptions chiseled on pillars of Asoka, boulders and cave walls, dispersed throughout his kingdom, from India to Afghanistan. They are divided into pillar edicts, rock edicts and cave edicts. These edicts generally give messages about morality, importance of non-violence, character building, compassion, respect for each other and key to harmonious inter personal relationships, which are relevant even today.

This book contains compilation of these edicts in original Pali language and its Hindi translation, along with the name and place of each edict. This book also contains detailed analysis of Pali words used in these edicts. The annexure to this book provides a list of places, in India and abroad, where edicts of Asoka are present.