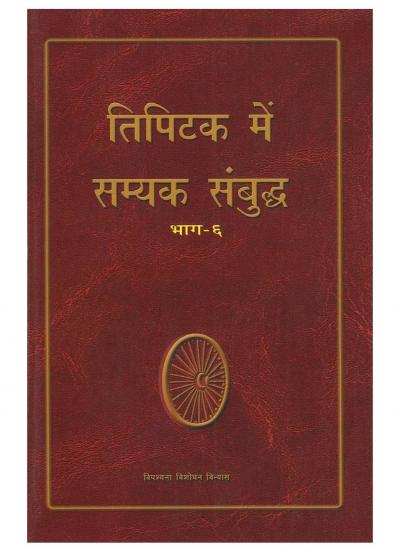 Mr. S. N. Goenka, Principal Teacher of Vipassana meditation, faced some initial hesitation before joining his first Vipassana course due to indoctrination about the Buddha’s teachings received by him since his childhood. After his first course in 1955, the numerous misconceptions which he had about the immaculate teaching of the Buddha were dispelled and he was in fact inspired to study the original words of the Buddha.

Even today, almost every student goes through a similar hesitation before the course and has the same inquisitiveness about the original teachings of the Buddha after the course. Hence, Mr. S. N. Goenka decided to write a comprehensive introduction to the Tipitaka (an extensive, detailed, systematic and analytical record, where the Buddha’s words are enshrined), to provide access to fully authentic information about the Buddha and his teachings. This information is presented in a lucid manner by giving quotes, inspiring passages from the Pāli Tipiṭaka and interesting incidents from the Buddha’s life.

In the words of Mr. Goenka, "The Tipitaka is like a vast, captivating garden containing beautiful flowers of different hues and fragrances. I have plucked a few flowers from that garden and have woven them into a garland. This jeweled ornament has been fashioned by culling a few priceless gems from the vast ocean of the Dhamma”.

Published by VRI, this series of six books is ideal for Vipassana meditators and research scholars interested in the Buddha’s teaching.