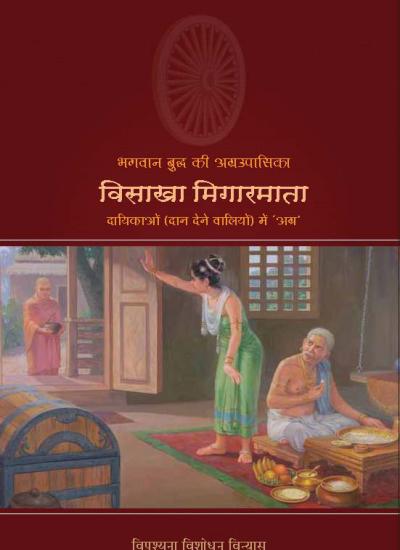 Vishakha, daughter of an extremely rich merchant from Saket, started practicing Vipassana meditation from the age seven and became a stream enterer (the first stage of libration). After her marriage to the son of rich merchant from Savatthi, she had to endure a very violent father in law. With her compassionate love and patience, she changed her father in law into a holy man. She donated the Pubbarama monastery for the practice of Vipassana meditation.

In addition to the life story of this great lay female disciples of the Buddha, who was regarded as the foremost in generosity, this book also contains the discourses by the Buddha on an ideal daughter and daughter-in-law and the highest welfare for the householders.

At the time of the Buddha, householders and monks alike practiced Vipassana meditation and got immense benefits. These lay disciples of the Buddha have shown us that the highest goal of the mankind can be achieved even by living the householder's life. Stories of other lay disciples like Anathpindika, Rajvaidya Jeevak, Adarsh Dampati, Chitta Gruhapati etc. will eternally inspire us and act as a beacon of hope.