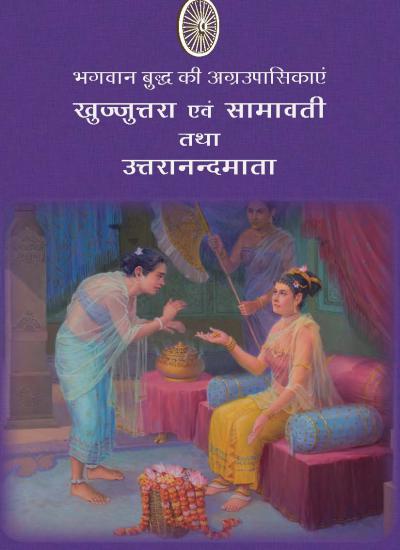 Samavati was queen of King Udena of Kosambi kingdom and Khujjuttara was a hunchbacked servant of the queen. Khujjuttara was in the habit of petty thefts and lying. One day after listening to the Buddha’s discourse, she started practicing Vipassana and attained Stream enterer, the first stage of liberation. Her behavior changed and she became instrumental in teaching Vipassana meditation to Queen Samavati and 500 other female servants of the queen.

Uttaranananda, an ardent devotee of the Buddha and his teachings, was married to one of the rich businessmen from Rajgriha, who was against the teachings of the Buddha. Uttaranananda, after herself getting established in Vipassana changed outlook of her husband with compassionate love.