The Wheel of Dhamma Rotates in the Ancient Land of Iran

The course site in Iran, that has been rented for courses in that country for the past two years, was purchased by the Iranian Trust in July. Goenkaji has given the new center the name Dhamma Iran.

Dhamma Iran is located in Mehrshahr, 40 km. outside Tehran, easily accessible by bus and subway. It has 9 rooms, and, can accommodate approximately 36 students in each course. The number of applicants is usually quite high and Dhamma Iran is normally filled to capacity for both men’s and women’s courses. The purchase was made possible mainly by donations and loans from Iranian students in Iran. 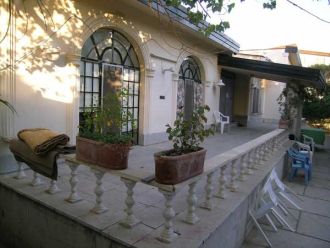 The first introductory talk in Iran on Vipassana meditation was given in 1994. In the following three years a number of Iranian students came to Dhamma Giri in India to take courses in Vipassana. In 1998, a group of Iranian meditators, including an assistant teacher appointed by Goenkaji, met in Tehran to begin the planning for local courses in Iran.

In August of 1999, the first non-center Vipassana course was held. Another 5 courses were organized, in and around Tehran, in the same year. These single-gender courses alternated between male and female participants. Prior to 2004, 35 non-center courses were organized before moving to what would become the permanent Vipassana Meditation Center in Iran. Since then, 42 ten-day courses have been held at this site. Additionally, there have been three Satipatthana courses, and many 1-day, 3-day, and children’s courses. Mostly, courses have been single-gender. Children’s courses have received warm appreciation from both parents and children; to date, more than 40 one-day courses have been organized for children at the site.

The spiritual inclination of the Iranian people has prepared them to welcome the Dhamma warmly, in large numbers. The positive effect of Vipassana meditation on individual meditators and their relationships with family and society, as well as the joy and happiness they get from applying it in their daily lives, enhances people’s attraction to the technique. As a result of this, the number of applicants increases after each course. 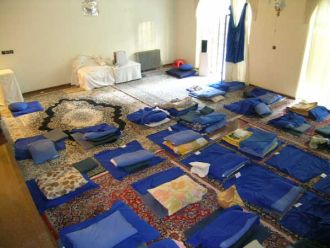 Iranians have taken to Vipassana enthusiastically, as if they had been dearly awaiting it for a long time. Vipassana began in Iran in 1999, with 14 participants in the first course. Now, in 2006, continuous courses of 36 students are filled to capacity. Regular group sittings are held in Tehran as well as other cities such as Shiraz and Kerman.

Six books published by the Vipassana Research Institute have been translated into Farsi and made available in Iran. These include:"The Art of Living", "Discourse Summaries", "The Gracious Flow of Dhamma", "Vipassana Health and Addiction", "Healing the Healer", and "Come People of the World". Additionally, articles have been published about Vipassana Meditation in some leading Farsi newspapers.

In Iran, Vipassana has expanded primarily through word of mouth, but there is still much work to do to informing people about Vipassana─an Art of Living which will help them to live happier lives, with prosperity and well being; and that will certainly complement and enhance their traditional moral values.